Poland is one of the best kayaking destinations in Europe. There is Mazury (Masurian Lake District) in the north, also known as The Land of a Thousand Lakes, with endless kayaking routes where you can paddle for days or even weeks and also many, many great rivers for paddling.
Some of the river kayaking routes in Poland are considered as the most beautiful in Europe. The most popular routes are: Krutynia River, Biebrza River, Czarna Hańcza River and the Augustow Canal.
I was not aware that the Ruda River, which is located about 25km from my hometown, is one of the most interesting kayaking rivers in the south of Poland…

Kayaking was not really on my agenda when I visited Poland during summer holidays this year but one evening a friend of mine got a phone call from his friend – a trainer at Brazilian Jiu-Jitsu Club in Rybnik – who asked him if he wants to join a kayaking tour on Ruda River. Without hesitating we agreed that we will join the tour :). Thanks Mariusz for taking us on board!

In recent years, the state of water quality in silesian rivers has significantly improved, mainly due to huge investments in the development of wastewater treatment systems.
From Rybnik Reservoir the Ruda River is unregulated and flows naturally forming a meandering stream. Meanders are sweeping loops or bends in the middle and lower course of the river caused by rivers developing increased sinuosity downstream. The stream undercuts the river banks on one side forming small cliffs and a beaches on the other side. Some of these beaches are sandy and are perfect for short breaks. Life is good when you lay on the sandy beach with a can of beer in one hand and a homemade sandwich in the other 🙂
There are countless obstacles on the way, mainly fallen trees, which makes the route technically demanding. In some parts of the route we had to fight our way through a real jungle of tree branches which were everywhere: above and below the water surface. You will never get bored on this river!
We finished our tour in Kuznia Raciborska, drove back to the starting point and had grilled polish sausages in Bar Pod Lipami in Rudy. 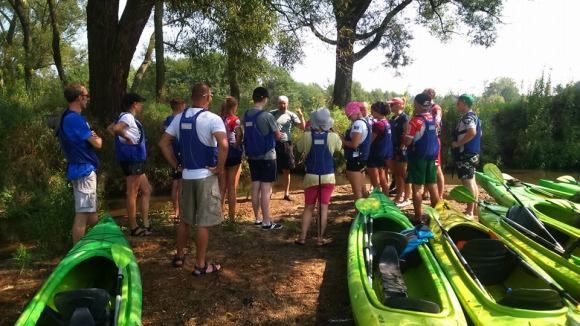 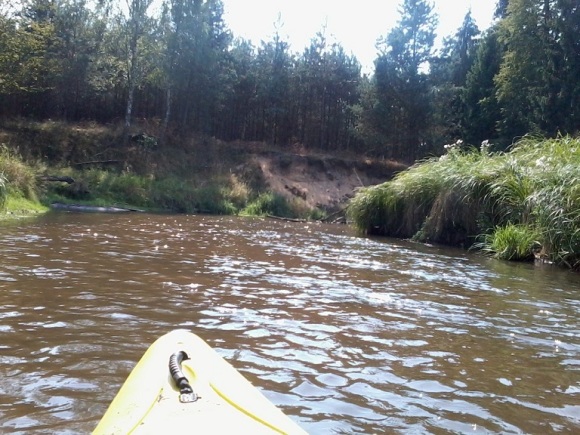 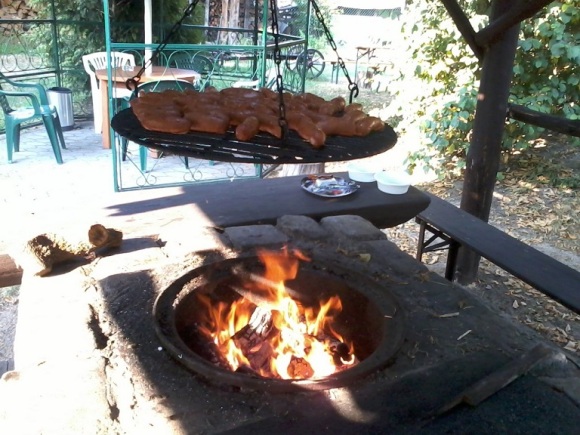 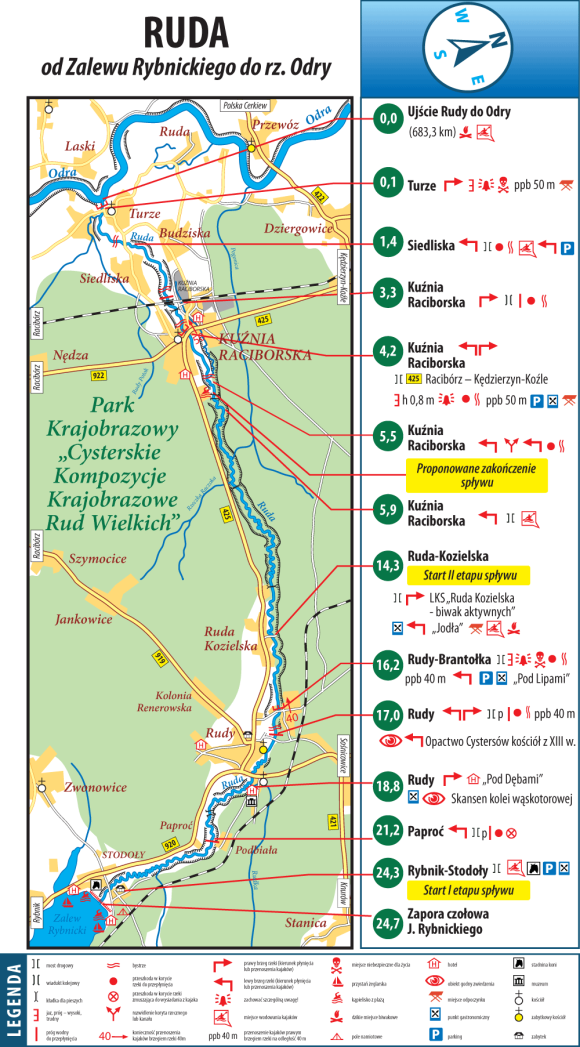